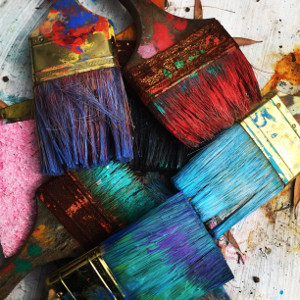 The topic of home maintenance is often one which brings a wave of nausea over people when they finally face the moment where they have to do the necessary property repairs that often get left too late. More often than not, prior experiences have left a very bad taste and owners just don’t see their way to having to deal with individuals or companies who constantly have to be summoned back on site to fix something that was not done properly in the first place.

The key criteria when selecting a service provider are often met and yet the end result is not what is promised, expected or delivered. Some of these key criteria at the top of the list are, or at least should be:-

So how does one explain that even when selecting a professional and reputable company, you can still end up with an end result which has not been a hassle free experience? We hear people talk about “putting lipstick on the pig” when trying to cover up a problem. Sadly, that is what often happens with home maintenance projects. Service providers frequently make all sorts of promises yet when it comes to the crunch, those are followed by a whole lot of excuses as to why it took too long, why it went over budget and why it just isn’t the end result that you were promised.

It begs the question “what is the fundamental problem”. Well it is actually quite simple. It is called SUPERVISION. Reality has proven that whilst you can have the best products being used and qualified workmen on site, the lack of supervision is more often than not the culprit. From many personal experiences we have seen that when the right supervision is in place, a lot of the issues do not even feature.

It’s all good and well for service providers to say that their workers can “manage themselves” but not everyone does get it right first time and if no one is around to supervise and advise, that’s where the problems start. One of the synonyms for the word “Supervision” is “Guidance”, and that’s where the real problem sits. It’s one thing giving people a job to do but if they are not being supervised properly and given the training and/or guidance on site then the project is already set up for failure. In so many different cases, be it building, electrical, plumbing, painting or landscaping, there is a common trend which results in client dissatisfaction.

That common trend is what I refer to as “Drop and Hop”. That is where workers are dropped off at site with the absolute minimum instruction and the “supervisor” hops off to the next job. Seldom will this approach be effective as more time is being spent going backwards and forwards to multiple sites or getting supplies and the supervisory aspect just doesn’t happen. That is when the project already starts going pear shaped.

A recent example comes to mind. A client had a requirement for the lawn around their newly installed swimming pool to be replaced and the levels sorted. The landscaper arrived on site with the team, dropped them off, gave a minutes instruction and wasn’t seen for the rest of the day. Whilst the workers did get on with it, they spend more time chatting to one another and their mates on their cell phones than actually doing the work. The nominated supervisor amongst them was himself not too focused on anything other than joining in the conversation. By observation having been on site all day, they probably lost at least 3 hours of work time and after that happens a few days at a time, one can easily understand why completion deadlines are missed.

Having not been forewarned about the layout of cables and pool pipes, the workers were merrily going about their business with picks and shovels. Needless to say, they hacked a huge hole in one of the inlet pipes to the pool which then caused another 12 hour delay as that had to be repaired first before they could progress. The net result is time wasted and more problems created which prevented other service providers from finishing their side of the project.

This is but one of hundreds of examples which any of our readers could relate to and the one word that keeps being the underlying reason for this is SUPERVISION, or actually the lack thereof.

When embarking on any project of this nature, ensure that someone is “really” supervising the project and not just leaving workers on site who then get blamed for the delays etc. when they were not properly instructed what to do. If the project is of such a nature that full time supervision is not necessary, regular check-ups on work-in-progress should be performed to prevent massive re-work.

Online Rentals: Airbnb vs. Booking.com vs. the rest
Scroll to top