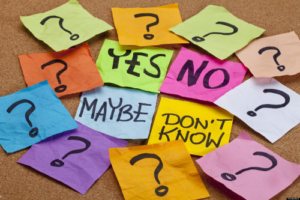 In this, the 3rd in a series about Building from a Distance, we start to look at the incredible amount of detail that you must manage from the early stages of your build. The picture you have in your mind is slowly starting to form from the foundations but don’t be daunted by what you see in front of you. With each day the picture gets clearer and it is important that you follow the process to see each stage evolve from pure steel, bricks and mortar to the beginnings of what will be an expression of your personal creation.

A suggestion would be to play “Paparazzi” and take as many pictures and video clips of the progress from day one so that you can build up a digital album of the entire process and have something to refer back to should you need to at various crucial stages in the build. What we have found very valuable is to share this progress both digitally and with local friends and colleagues that can see each stage on site, as the amount of input and ideas we received have helped us clarify some of our thoughts about what is practical and what is potentially a design challenge, especially from those who have been through a build themselves. Nothing quite like removing a planned window due to its total impracticality and adding a convenient storeroom that otherwise would’ve been a filled hole had some quick, creative thinking not been deployed just in time.

One of the things you will need to get your head around sooner than later is where you eventually want to have your electrical, plumbing and water points situated. You may well ask why this is important in the early stages but if you are not agile enough you could easily find things being planned in a way that favours design preferences rather than the practical placing of these critical facilities. This brings us to one of the most important plans at your disposal and that is the “electrical layout” plan. You need to build an intimate relationship with this plan and try to “live it” virtually, especially if you do not have a 3D animation of your plans. Many people do not realise how early in the build these conduits get laid out and once the concrete has been thrown for the floors, it can become quite a mission to change the ultimate location – not impossible (as we found out ourselves), but if you, like me, views “re-work” as a waste of time and more irritating than the incessant drone of the summer mosquito parade, then rather avoid the frustration by being on top of things. One day you see the conduits and plumbing pipes lining the floor space in between foundation steel and plastic waterproofing and before you know it, concrete has been thrown and it happens quickly. Nothing is too late to change, but with that change goes unnecessary additional expense and a shift in budget priorities.

Another suggestion to make the build an exciting and uplifting experience is to celebrate the build stages as another achievement in the timeline. After all, what is life if not celebrated with the people who influence it and are going to be part of enjoying the end result for years to come? And those who say “any excuse for a celebration” can use this platform anyway that suits them. Pop those corks (or unscrew those bottle tops, whichever floats your boat) when the first sods of soil are lifted (and if there are plants on the plot that you want to keep, dig them up, put them in bags and nurture them elsewhere till you can replant them). Remember, when the build is done and there are areas that need to be landscaped or filled with plants, chances are you haven’t quite set aside enough budget for that. When the floors are laid, pop those corks again and with each key phase, take the time to reflect on what has transpired and enjoy the sensation of sharing the progress with people that matter. All of these spontaneous actions will inevitably result in a positive build experience that you will reflect on for decades to come.

Another part of the build that does move fairly quickly is the plastering. It brings with it a sense of momentum again if you have had to endure the slow stage of having beams boxed and prepped for more steel and concrete. Because this is a specialised task that requires great accuracy and detail, expect to feel that you are watching paint dry (or better yet air moving) as it can take what seems like an eon before everything is ready. But once the plastering starts you need to get your eagle eyes active again focusing on lots of detail regarding plug points, light switches, air conditioner and TV locations, water points and light positions both internal and external. You will soon see that there are bound to be some switches in the wrong place, areas where you may need extra points, doors that need to open the other way and light fittings that are not always placed optimally in the plan versus what you see on site. If you are on top of what is happening then this should not be a major but if you are not having these aspects checked to the plan, the dreaded “re-work” will create more time delays and cost and for some people a medical intervention may just do the trick to tackle the stress that this can cause at a later stage.

Once the plastering is nearly complete, take that electrical plan again and walk through the entire building. Check that each and every plug point, light switch, light fitting location and TV points are where they should be and not hidden under a layer of plaster as it “wasn’t seen” when the plasterers were in their zone. Make sure that the location of light switches leave enough space for where cupboards will end and do not have doors opening over them. There is clearly a science to these design elements but we have also seen that between the architect and the builder, a few things can go awry and the owner should be able to highlight these if the other two culprits haven’t. Some schools of thought say that it shouldn’t be the owner’s problem – reality says that the owner, as the person who employs the architect and building contractor, should be as involved and add a different dimension to cross-checking details of this nature.

There are a few actions that you will have had to go through to minimise the frustration of last minute decisions once at the plastering stage so add those to the list i.e. Know what size and make of fridge/freezer you will have and check that it can fit into the planned space with the right power and water connections; the same applies to the oven of choice; make sure that the space allowed for cupboards in all areas has enough depth to allow for standard sizes; check that walls are wide enough for accessories such as towel rails, bathroom accessories and kitchen rails; pay particular attention to window frames and their opening directions when you have views that you don’t want to compromise and apply the same thought process to sliding and/or stackable doors. Above all, let reality prevail and if your gut feel says you should change something to suit your style of living and it isn’t a costly or time-consuming exercise then do it.

Some stages of the build will move quickly, others will move slowly and the sanest way to deal with the cycle is to try your best to be one step ahead of the game and know what you need to action before you are pushed into making an irrational or impractical decision.